I’m almost 100 % sure that the final will be won by Allyson Felix or Shaunae Miller, but let’s first look at some of the other women that’ll be hoping to win a medal or even try to rewrite the script and possibly spring a surprise.

Libania Grenot (Italy). The recently crowned European champion has a season’s best of 50.43 s which makes her this year’s fastest athlete from outside the United States and the Caribbean. I expect her to reach the final if she manages to maintain her form, but I don’t see her as being much more than a lane filler if she gets there.

Christine Day (Jamaica). She was 4th last year in Beijing at the World Championships and will probably be fancying her chances of winning an Olympic medal. She was second fastest of the four Jamaicans that were in Beijing’s final last year, but the fastest, Shericka Jackson who won bronze in front of Day, won’t compete in Rio. A season’s best of 50.29 s gives her hope of competing for a medal.

Christine Ohuruogu (Great Britain). A double world champion (2007, 2013) and a true veteran in the sport will undoubtedly use her rich experience to try and add a third individual Olympic medal to her name (gold from 2008 and silver from 2012). But her season’s best is a relatively modest time of 51.05 s, so age might finally be creeping up on her doorstep (she’s 32). She will probably have to run about a second faster if she has any hopes of competing for a medal, which is a rather unlikely scenario in my book.

Stephenie-Ann McPherson (Jamaica). The winner of Jamaican Olympic Trials with 50.04 s makes her the third fastest athlete of 2016 who will compete in Rio. She was also 6th last year in Beijing. That’s pretty much all I can say about her and so I’ll be watching her with interest.

Some of the other athletes that might want to have their say include Floria Guei (France), Patience Okon George (Nigeria), Carline Muir (Canada).

And lastly, my two outstanding favourites:

Allyson Felix (USA). The schedule for women’s track events in Rio has been changed to accommodate Allyson running both the 200m and 400m, but unfortunately she’ll only be competing in the latter event. That’s because she was 4th in the 200m final of the recent US Olympic Trials where she missed the 3rd spot and automatic qualification by just 0.01 s. This will probably make her extra hungry and determined to win her only individual event at these Olympics (she might also run in both relays). She’s one of the most successful and consistent athletes in history, and at 30 years of age will probably want to make her mark on what could possibly be her last Olympic Games. She’s also the reigning world champion and has a blistering season’s best of 49.68 s.

Shaunae Miller (Bahamas). The 22 year old is perfectly built for the long sprint and at a height of 1.85 m (6 ft 1 in) has one of the longest strides in the world. Last year she picked up a silver medal behind Felix at the World Championships, but it seems to me like she’s ready for Olympic gold. She’s the fastest in the world this year with a 49.55 s clocking from just a week ago at London’s Diamond League meeting and has the world’s third fastest time in the 200m with 22.05 s, proving she also has great speed. Her clash with Felix is almost an inevitability and it would be foolish to bet against either of them, but my gut feeling is that it’s Shaunae’s time to shine. She’s my first choice.

My predictions for the winner are: 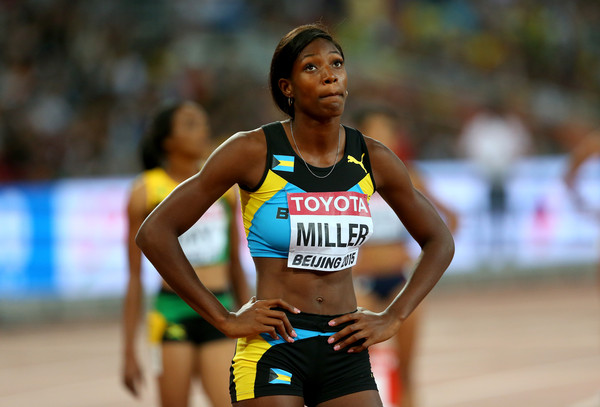